Having played for his local club Mountain Ash from junior to youth levels Sean Moore was invited to join Pontypridd in 2016. 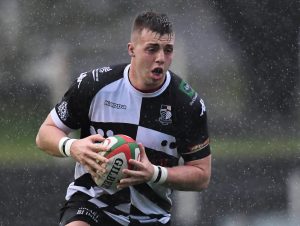 He soon made an impact at Premiership level as hard grafting lock and was called up to represent Wales under 20s, one of a very few non regional players to make that grade.

Sean became a mainstay of the Pontypridd forward unit and went on to make 79 senior appearances before departing the club in the summer of 2020.