Mountain Ash product Harri Millard was drafted into the Blues Academy and went on to represent his country at Youth and under 20 level. 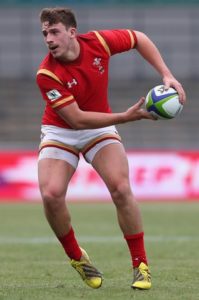 A dynamic midfield attacker, Millard was given a placement with Pontypridd during the 2014-15 campaign, making ten senior appearances.

Continuing his regional development plan, Millard was then moved to play at Premiership level with Merthyr.