Son of the famous Ireland and British Lions prop Gerry, Fionn McLoughlin has plied his trade on both sides of the Irish Sea, playing for Munster, Connacht, and Shannon on the Irish side and Caerphilly on the Welsh. 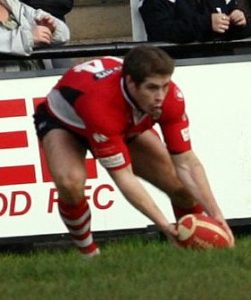 Fionn bore the remarkable distinction of representing both nations at different youth levels with his declared ambition  to wear the green of Ireland!

A hard running centre in the true Irish mould, Fionn joined Pontypridd for the 2007/08 season, whilst on dual contract with neighbouring club Llanharan.

Finding his opportunities at Pontypridd limited, Fionn opted to join Bedwas in 2008.