Jack McKenzie was a forward, but did most of the goal-kicking while playing for Pontypridd in the last decade of the 19th century. 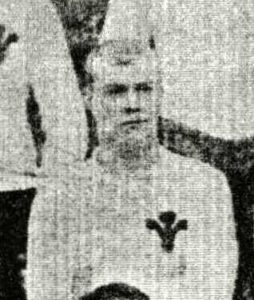 McKenzie also had the dubious honour of being one of the first recorded Pontypridd players to be sent off in a match – in an abrasive Glamorganshire Cup tie against Mountain Ash in 1897.

McKenzie was a key member of a successful and much feared Ponty pack and was, it is believed, employed as a policeman.