Prop Gordon Matthews joined up with Pontypridd in 1949 and made his debut in the first match of the season against Penzance. 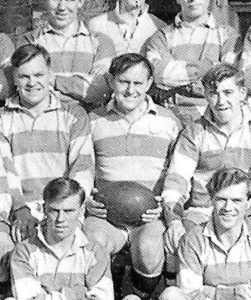 His career with the club spanned thirteen years, during which time he became a cornerstone of the front row and went on to captain the club in 1954. During a four season spell in the mid fifties Gordon missed only one game for Ponty, and that was when he was called away to be best man at a friend’s wedding.

A distinguished playing career came to an end with a solitary appearance in 1962, a season in which Pontypridd were crownded as champions of Wales.