Jonathan Mason joined Pontypridd from his hometown club of Mountain Ash and made an immediate impact as an effective attacker from deep, and prolific goal kicker, with a tally of 233 points in his first season with the club. 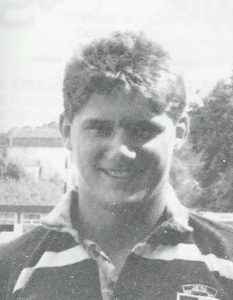 Selected for the Wales tour to New Zealand in 1998, Jonathan gained a senior cap in the second test.

Becoming a stalwart of the Pontypridd team at full back, with the occasional appearance at outside half, Jonathan amassed a tally of 72 tries, 203 conversions, 172 penalties and a solitary drop goal in his prestigious career with the club.