A dynamic scrum half, Garyn was capped for Wales Rugby League at youth level and was drafted into the Blues age grade squads at under 18 and under 20 level. 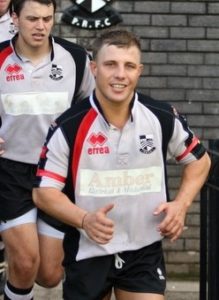 Following spells at senior level with Cardiff RFC and Glamorgan Wanderers RFC, Garyn accepted the invitation to join up with Pontypridd in the summer of 2010.

Garyn departed Pontypridd in mid-2012, with his livewire performances as a pocket dynamo behind the pack having endeared him to the Ponty support.