BBC engineer Gordon Loxton was a regular on the wing for Pontypridd in the late eighties, playing in a representative match against the touring Western Samoa international team at Sardis Road. 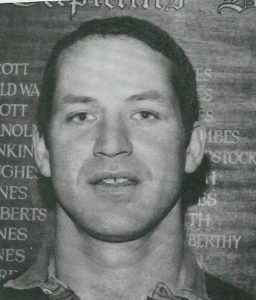 He gained a reputation as a physical presence out on the wing, taking route one at the opposition, and claiming 43 tries in the process.