Dai Love was a mainstay of the Pontypridd pack, playing at lock or flanker, for a decade from the mid-forties. During that time he played under the captaincy, and often partnered in the back row, British Lions legend Russel Robbins. 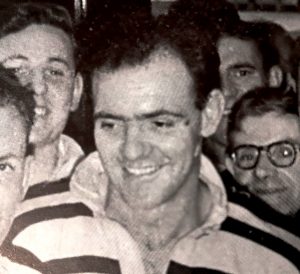 Dai went on to be a double centurion for Ponty, crossing for 16 tries, before making his final appearance on 7th December 1957.