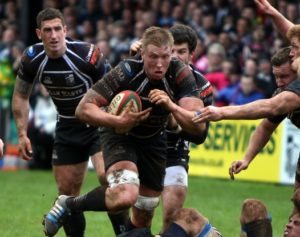 Gaining a deserved reputation as a hard grafting forward in tight and loose, Craig was invited to turn out on permit for Pontypridd towards the end of their 2009 – 2010 Premiership campaign.

Those performances did more than enough to earn Craig a permanent placement in the Pontypridd senior squad for the following season.

Locke went on to establish himself as a key performer, a set piece ball winner and an enforcer in the loose, making 137 appearances for Pontypridd before departing to join Merthyr in the summer of 2015.