Ynysybwl product Rhys Lloyd progressed through the ranks of his local club, being called up to the Pontypridd Academy, for whom he impressed as an industrious openside flanker. 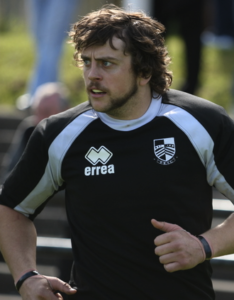 Returning to Ynysybwl, Rhys developed his game as a versatile back rower, and also featured for Caerphilly RFC in the Welsh Premier division.

Back at Ynysybwl, Rhys was voted as club, supporters and players’ Player of the Year during the 2007 – 2008 season, when he was also called up by Pontypridd to feature in friendly fixtures. With Pontypridd seeking a physical back row presence following the departure of Lee Evans to Neath in the summer of 2008, Rhys Lloyd was duly signed up to the senior squad at Sardis Road.

In the summer of 2010, Rhys took a sabbatical from rugby to concentrate on his career and a year later emigrated to Australia in 2011 with his young family.