A product of Wattstown RFC in the Rhondda Valley, where his father Dean would later be head coach, Cameron Lewis was drafted in to the Blues age grade and academy squads and won international honours with Wales at youth level. 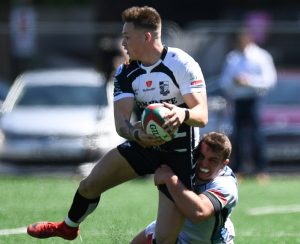 It was from the regional academy that Cameron was allocated to Pontypridd in 2016, showing huge promise as a fleet footed outside centre also capable of playing on the wing.

His talents earned him a call-up to the Wales Sevens senior squad in 2017, having already represented his country also at under 20 level. His contribution to Pontypridd ended in 2019 as he earned a full time contract with Wales Sevens.