Merthyr Tydfil born Callum Lewis came up through the ranks of the Blues Academy and was drafted into the senior regional squad for its LV Cup campaign in 2015. 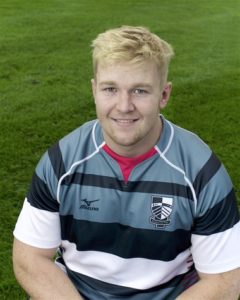 A solid loose head prop, Callum was in the meantime capped by Wales at under 18 level.

Departing the Blues set-up in the summer of 2016, Callum joined up with the Pontypridd senior squad, but his one season spell at the club badly hampered by injury.