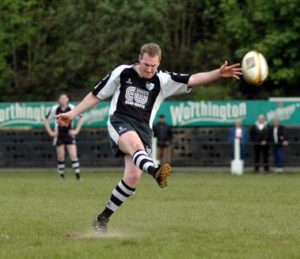 Having helped Llantrisant to gain promotion to Division Two, Richard moved up another tier by signing up for Treorchy in the First Division in 1997. Making his mark as a prolific goal kicker, Richard earned a placing amongst the top ten overall points scorers in Welsh rugby.

There followed another move, to play for Llantwit Fardre in 2002 for one season, before Richard returned to the club where he had begun his career at youth level, signing up for Pontypridd in the summer of 2003. Maintaining his record as a prolific points scorer with the boot, Richard amassed a haul of 242 points for Ponty in his 52 appearances for the club.

In 2008, Richard Langmead returned to Pontypridd RFC to take up the position of Team Manager, undertaking the role for the following nine seasons.