Glynneath product Tavis Knoyle commenced his senior rugby career with Neath RFC, his talents as an abrasive scrum half earning him a call-up to regional level with the Ospreys, then with the Scarlets and Blues. His status as one of the leading candidates in the no9 shirt was confirmed with selection for the senior Wales team, winning 11 caps. 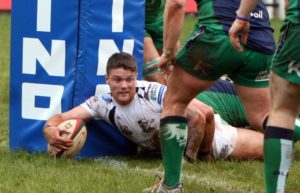 It was whilst with the Blues that Tavis was allocated to Pontypridd RFC to bolster the club’s British & Irish Cup squad, making four appearances during the 2014 campaign.