Whilst a teacher at the local Coed-y-Lan comprehensive school, Simon King played for Pontypridd between 1985 and 1988, making a total of fifty appearances as a no-nonsense back rower who took the physical aspects of the game to their very limits 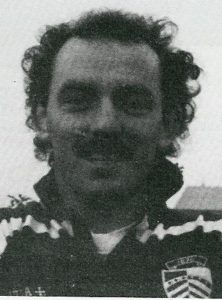 Having moved on to play for Maesteg, Simon graduated to the standard of level four coach, taking charge of Tondu and Cross Keys before returning to Sardis Road as senior coach in 2004.

Simon departed Sardis Road in 2006 to become Head Coach at Aberavon, and was duly succeeded by his Assistant Coach, Paul John.