Having graduated from Cardiff Youth, whom he captained, and then spending one season with Maesteg, Mark Jones joined up with Pontypridd in 1987. 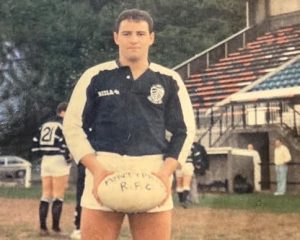 Consolidating his status in the squad, the speedy winger who was nicknamed “Titch” was top try scorer in his second season with his new club, registering 18 touchdowns.

In 1989 Mark Jones moved on to represent Bridgend having totalled 31 tries in his 92 appearances for Ponty. After eventually hanging up his boots he became a keen road cyclist and a manager of his own construction company, based in Cowbridge.