A product of Abercwmboi RFC Louis Jones was given an opportunity on trial with Pontypridd before joining the senior squad in 2013. 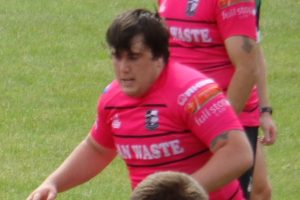 A prop showing great potential and able to pack down on both sides of the scrum Louis made 14 appearances during his season’s stay at Sardis Road. He then went on to represent both Merthyr and Newport in the Premiership.