Justin Jones played a handful of games for Pontypridd at the end of the 2006/07 campaign, and was duly asked to join the Pontypridd squad for the 2007/08 season as a result of his impressive performances. 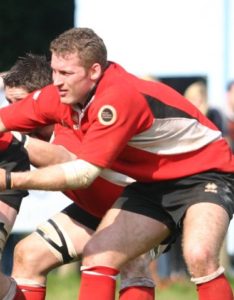 Having formerly represented both Swansea and Maesteg, Justin’s mobility and tenacity as a traditional openside flyer made him a valuable addition to Ponty’s back row cover.

Justin was released by Ponty in early 2008, joining Llanharan in the second division.