Originally from Port-au-Prince in Haiti but raised in North Wales then in Cardiff, Iwan Pyrs Jones came to prominence as a fleet footed winger representing Ysgol Glantaf in the WRU Schools and Colleges league. He also turned out for Llandaf RFC before being drafted into the Cardiff Rugby age grade system up to under 18 level. 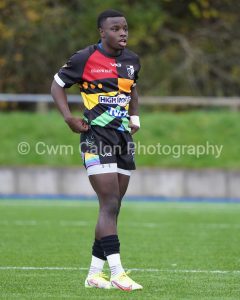 Iwan was allocated to Pontypridd as a regional academy intern in the summer of 2021 and made 6 appearances for the club in the Welsh Premiership Cup in the first half of that season.