A native of Glyncoch on the outskirts of Pontypridd, Gareth Jones played for his local village club at junior level. Having graduated through the Pontypridd under 21 Academy, Gareth then moved to Beddau, gaining valuable senior experience during their Division One campaign of 2002/03. 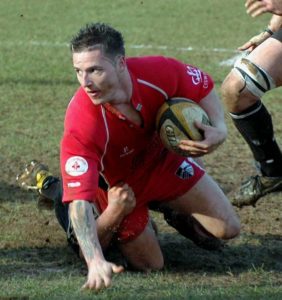 A brief pre-season trial with Neath, and games played on permit for Pontypridd, paved the way for a permanent move to Sardis Road for Gareth at the commencement of the 2004/2005 season. Establishing himself as a dynamic and elusive operator behind the Ponty pack, Gareth became a key member of the club’s squad in its successful premiership and cup campaigns.

In late 2006, after two seasons with Ponty, Gareth left to join Neath.

On June 16th 2008, after suffering a terrible injury while playing for Neath some weeks previously, Gareth Jones passed away peacefully.