Gareth Jones had emerged as one of the outstanding centre prospects in Wales with Bridgend, winning a senior Welsh cap in 1995. 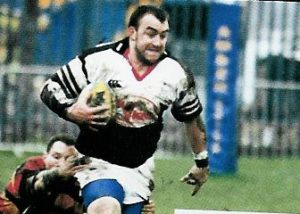 Following a spell with Cardiff he moved to Sardis Road in 2001, crossing for four tries in his ten appearances for the club.

He then returned to Bridgend, before moving on to Aberavon.