Hirwaun based flanker Darren Jones joined up with Pontypridd as a trilaist during the summer of 2006. 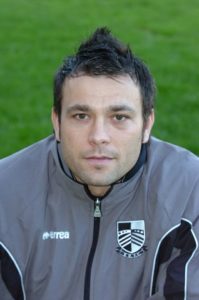 Making a big impact on the club’s pre-season tour to North Wales, dynamic flanker Jones was duly drafted into the club’s senior squad for the ensuing campaign.

After a brief spell in the Black and White of Ponty, Darren left the club in Autumn 2006.