Raised through the junior ranks of Treharris RFC Ben Jones went on to play for Mountain Ash at youth level. He was in the meantime drafted into the Blues age grade squads, gaining inclusion into the regional academy and winning caps for Wales at youth and under 20 levels as an influential outside half. 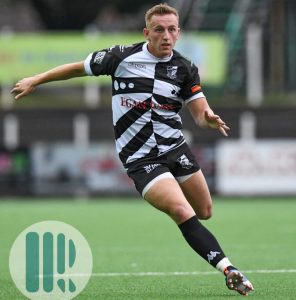 Whilst with the Blues Academy Ben was allocated to both Pontypridd and Merthyr in the Premiership and as he stepped down from regional duties in 2019 chose the former club as his destination. Ben featured for Ponty in both the outside half and full back positions, notching up a tally of 169 points in his 37 appearances.