Arfon Jones was born in Mountain Ash. He played for Pontypridd Youth and was a Welsh Youth Final Trialist, acknowledged as one of the most knowledgeable hookers in the game, and in his earlier years showed a natural flair for the sevens games. 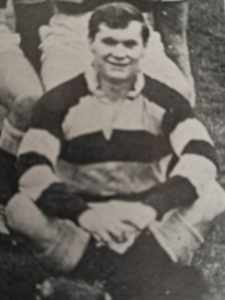 Arfon went on to play for Pontypridd at senior level for fourteen years, captaining the team in a record breaking season in 1969. Arfon, alongside fellow Pontypridd player Colin Bolderson, gained the well merited honour of playing for East Glamorgan against the touring Japanese side, at Graig Park, Penygraig.