Having developed through the ranks of his local club Maesteg, Alex Jones made the move to play Premiership rugby with Newport in 2008. 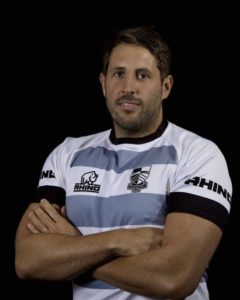 Making his mark as an abrasive performer in the loose and a dependable ball winner in the set pieces, Alex was also given an opportunity at regional level with the Dragons.

A transfer to Bridgend followed, with Alex taking on the captain’s duties for the Ravens during his two season stay.

In the summer of 2014 Alex was invited to join up with Pontypridd, adding a physical edge and experience to the club’s second row options. He went on to make 20 appearances for the club, his time at Sardis Road hampered by injuries, before calling an end to his playing career in October 2015.