Hailing from Tonna, Gareth John played for his hometown club through all the age grades from mini to senior level. Contributing to the club’s meteoric rise up the Welsh League rankings, promoted from division five to division two in successive seasons, Gareth made a name for himself as a speedy winger and effective try poacher. 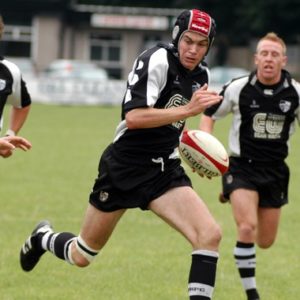 International honours followed with the successful Wales Deaf team, including an appearance at Sardis Road against England in 2004. It was at Sardis that Gareth turned out for Tonna in the Silver Ball final of 2006, and coming to the attention of the Ponty management team.

An invitation followed for Gareth to train with Pontypridd, and making an impact with tries scored in pre-season games against North Wales and Carmarthen. Gareth was selected for inclusion in the Ponty senior squad for the 2006 – 2007 campaign.

During the 2007 close-season, Gareth found his services in demand by Bridgend Ravens, and left Pontypridd for pastures new.