There was some excitement generated amongst the crowd when Pontypridd played Builth in 1983 and the name ‘Barry John’ appeared on the team sheet. This was not however the Wales and Lions outside half legend but a misprint for Barrie John who played at full back. This was to be Barrie’s solitary senior appearance for Ponty. 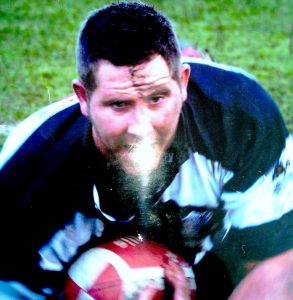 Porth boy Barrie John had come through the ranks of Pontypridd Youth from 1980 onward and played regularly for the Athletic XV. His aspirations of making the grade at senior level were thwarted when he joined up with the Army in 1984.