Kieron Jenkins began his career with Treorchy before moving on to Glamorgan Wanderers whilst representing the Blues under 20s age grade. 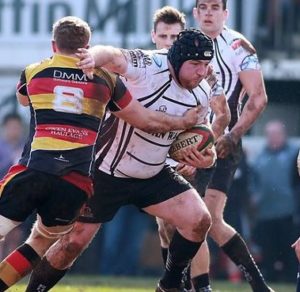 Having gained international honours with Wales at Youth and Under 20 level, Kieron was signed up to the Newport Gwent Dragons region and allocated to Bedwas RFC in the Premiership.

Kieron Jenkins was signed up by Pontypridd for the 2012 season and remained with the Valley Commandos until the start of the 2015 – 2016 campaign, making 80 appearances for the club.