Neath born Andrew Jenkins represented Wales at various youth levels, before progressing to senior club status with spells at Bridgend and Whitland. His terrier-like displays at the base of the scrum also earned Andrew a call up to the Wales Rugby League squad. 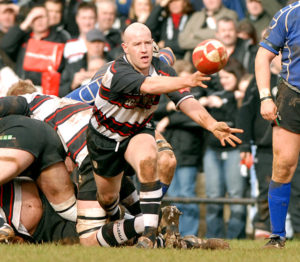 During the 2006 – 2007 campaign, Andrew responded to an invitation to join Pontypridd mid-season, offering a much needed input of dogged experience as a link between forwards and backs.