Hailing from Rhydyfelin, Lee Jarvis progressed from the youth academy to senior level with Pontypridd in 1995. 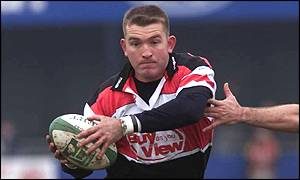 Serving as an apprentice to Neil Jenkins, Lee found his opportunities limited and made a move to Cardiff from where he was capped by Wales against Romania in 1997. A return to Pontypridd followed, with Jenkins heading the other way, allowing Lee to consolidate his position as an influential and match winning pivot, making 64 appearances and totalling 712 points in his two spells with Ponty before moving on again to Neath.

His career then took him to south west England, representing the Cornish Pirates and Mounts Bay before returning to Wales as a coach with Beddau and Merthyr.