Gareth James was a product of Crynant, and made his breakthrough into senior rugby with Neath, before moving on to represent Llandovery in the Premiership from 2009 to 2011. 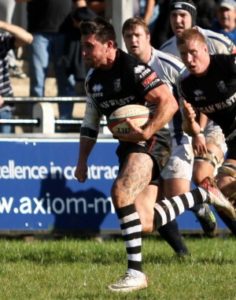 Gareth had a spell with Ebbw Vale during the 2011-2012 season, helping the club to clinch the Division One East championship title.

Recognised as a physical and effective link man from the scrum half position, Gareth James joined up with Pontypridd in readiness for the 2012-2013 campaign.

Offering experience and tenacity to the Pontypridd squad, earning the nickname “bulldog”Gareth James made 29 appearances for Pontypridd before departing the club in the summer of 2014.