Having previously played for Cardiff, David James joined up with Pontypridd in 1954 and went on to become a stalwart of the team over the next ten seasons. 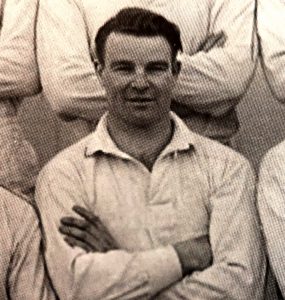 Playing at centre David proved to be a big influence in midfield, crossing for 52 tries and contributing 200 points overall. He was top try scorer for the club in the 1958-59 season, having recovered from a previous significant injury.