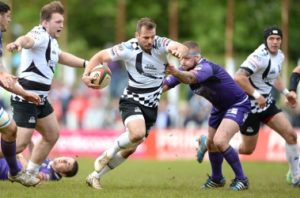 Following a season spent playing with Heriot RFC in the Otago province of New Zealand, Simon returned to the UK to study at UWIC, featuring prominently as a high scoring outside half in the college’s championship winning division one east campaign.

His growing reputation attracted the interest of a number of Premiership clubs during the summer of 2010, but electing to join up with Pontypridd RFC and contributing greatly as a consistent points scorer and midfield playmaker during the club’s successful league and cup campaigns.

In January 2014, having already made a number of appearances on permit for the Blues, Humberstone signed a full time contract with the region, whilst still playing on permit for Pontypridd. In the summer of 2015 Humberstone accepted an invitation to join English Championship side Doncaster Knights.