Having previously captained the club’s youth team, Brian Hubbard broke into the senior Pontypridd ranks in 1959. 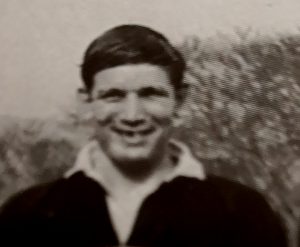 Playing at flanker, he went on to represent the club loyally for the following eleven seasons, not always a regular selection, and scoring 16 tries in his 136 appearances.

Brian’s association with Pontypridd continued long after his playing days were done, serving as a club administrator.