Tony Hooper played 15 games for Pontypridd between December 1956 and April 1957, while also studying at Cardiff Teacher Training College (latterly known as UWIC), where he was a member of the First XV. 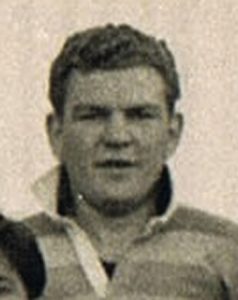 After qualifying with a diploma in Physical Education, Tony went on to teach PE until getting a headship in Derbyshire in 1973.

After retiring from rugby, Tony concentrated on basketball, as a player, referee and paralympic coach.