Local boy Ron Holberow graduated to the senior Pontypridd team making a name for himself as a prop forward outstanding in loose play and adept at kicking for goal. 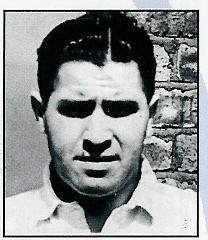 His intention to play for Cardiff following a trial with the capital club was scuppered by the outbreak of World War 11, in which Ron served with the Royal Navy. A short return to Pontypridd colours was followed by spells with Cardiff and Penarth with selection also for Glamorgan County. In 1949 Ron made the decision to go professional with Whitehaven, but his time up north cut short by family illness, following which he returned to wales to play for Bridgend.