Nurtured through his local club Brecon RFC, prop Sam Hobbs was drafted into the Blues Academy and allocated to Pontypridd in 2006. 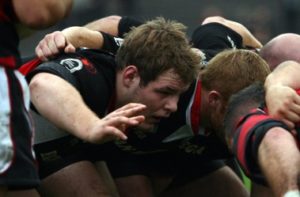 He soon established himself as a solid prop forward, able to pack down on both sides of the scrum, and won international honours with Wales at under 20 level.

His progress continued into the Blues senior set-up, and called up to the Wales squad in 2013. Despite the setback of a serious head injury Sam made a comeback to full fitness and went on to make 65 appearances for Pontypridd when not on duty with the Blues.

In 2016 Sam moved on from the Blues to represent rival region the Dragons.