Daniel Hitchings’ rugby career kicked off with his local club Porth at junior level, before he moved up the Rhondda Valley to join Treorchy Youth. In the meantime Dan had been called up to the Pontypridd Academy, and gained international honours with Wales at under 17 and under 18 youth level. 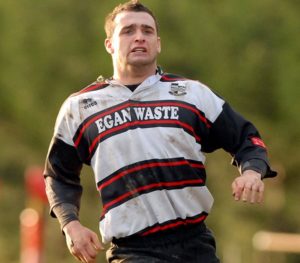 Gaining a reputation as an agressive attacking wing or full back, Dan’s progress next took him to the Celtic Warriors Academy, and saw him tour South Africa with the Young Warriors in the summer of 2004. Graduating to the senior age group at club level, Dan had spells in the premiership with both Caerphilly and Bridgend, before joining up with Pontypridd in readiness for the 2005 / 2006 campaign.

Dan was released by Ponty in early 2008, later to link up with Merthyr and Bedwas.