Craig Hill was a Wales U21 trialist and his first senior club was Caerphilly where he made his senior debut in 2001.

He moved on to Newport before joining up with Pontypridd in the summer of 2003. 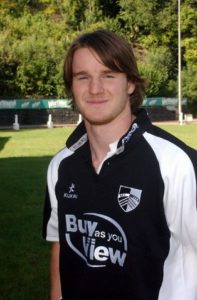 In only two senior appearances he caught the eye as a very mobile flanker with a high work rate, before departing over the Severn Bridge to join Bristol.

Craig moved back to Wales to represent Bedwas, Llanelli, Newport and the Dragons and was a member of the 2009 Rugby World Cup-winning Sevens team.