Rhondda born Thomas Hetherington was a product of the Treorchy club, for whom he played at Junior and Youth levels.

Originally playing as an openside flanker, Tom trialled as a back-rower for Pontypridd in the summer of 2007 when he was invited on a pre-season tour to North Wales. 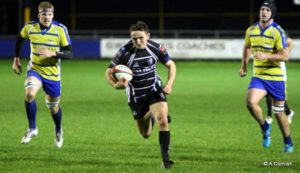 Returning to trial for Pontypridd, this time in his new role of hooker, Tom was duly signed up to the club’s squad in the summer of 2009.

Always impressing as a dynamic player in the loose, Tom reverted back to his original role of open-side flanker in the summer of 2011.

Tom went on to make 118 appearances, over half those coming off the bench and covering the front row and back row, and scored 9 tries.