Neil Hennessy arrived at Sardis Road in the summer of 2002 after a spell at Rumney. During his time with the club, he was employed as a youth development officer for the Buy as you Schools Initiative, based in Merthyr. 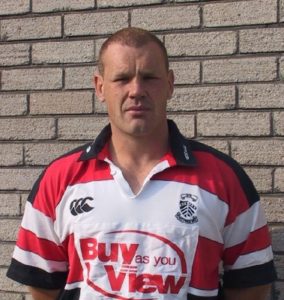 Neil later went on to play for Doncaster in the English leagues, before moving back to Wales to enroll in the WRU Refereeing Academy.