He made his senior debut for Pontypridd as a nineteen year old in 1947 and the following season became a more regular selection, mostly as a full back. His rugby career however took second place to his blossoming professional cricketing career. 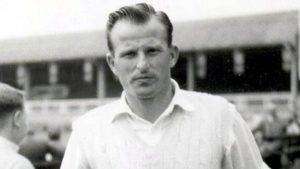 He made his first class debut as a cricketer with Glamorgan in 1950 and played 422 first class matches mostly as an opening batsman, amassing over 17,000 runs including 21 centuries, becoming one of the all time greats of the county.

Although his contribution was often sporadic Bernard still made 74 senior appearances for Pontypridd RFC over a ten year period.