Hailing from the village of Cornelly near Bridgend, Lloyd Hayden came up through the ranks with Aberavon Youth before joining  the Neath Academy in 2001. 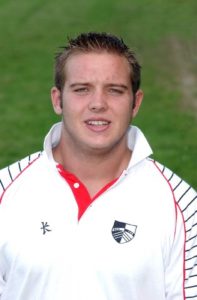 A three season stint at the Gnoll saw Lloyd gaining recognition from the internationals selectors, winning an under 21 cap in a friendly game against England.

Having also represented Glamorgan County at senior level, Lloyd made the move to Sardis Road in the summer of 2003, and despite missing much of the season with a knee injury, made his mark as a mobile and combatative hooker in Ponty’s Premiership campaign.

Lloyd transferred to Llanharan – for whom he played a number of games on permit from Ponty  in 2005.