Paul Harris was a regular in the hooker position for Rhondda Valley team Treorchy, and was called up on permit from time to time to assist the Pontypridd squad. 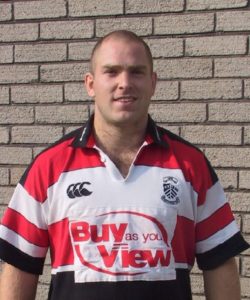 Included also in the Sardis Road club’s extended European squads for their Heineken Cup and Parker Pen Shield campaigns, Paul only managed four senior appearances for Ponty over a period of seven seasons between 1996 and 2003.