Darran Harris came up through the junior ranks with Brecon RFC. Progressing to youth level with Merthyr, Darran played at prop before converting to the hooker’s role.

Making his mark as a dynamic player in tight and loose, Darran was rewarded with a call up to the Blues age grade system, and international caps at various youth level. 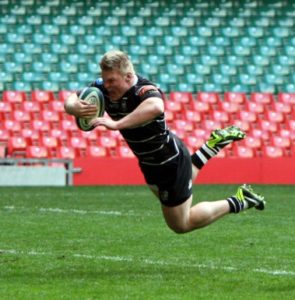 Nicknamed ‘Mighty Mouse‘ by the Merthyr support, Darran broke through to the senior ranks in 2010 and gave a stand out performance in the club’s Welsh Cup quarter final tie against Pontypridd.

Mentored by Ponty coach Dale McIntosh at regional level, Darran was given an opportunity to join up with the Valley Commandos in the summer of 2011.

Having continued to impress as a dynamic player at Premiership level, Darran was released from his regional contract with the Blues in the summer of 2013 and moved on to enrole with the Scarlets.