Although hailing from Cardiff and having come up through the ranks of St Albans RFC, it was to Pontypridd that Ryan Harford turned to progress his career, as a member of the club’s academy then stepping up to the senior squad in 2003.

His development was enhanced when he toured South Africa with the Young Warriors regional squad in 2004. 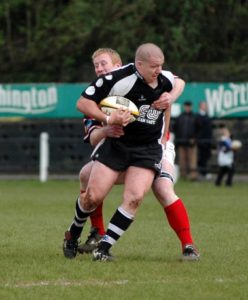 Establishing himself as a solid scrummaging tight head prop at Premiership level, Harford became a cornerstone of the Ponty pack over the ensuing eight seasons, making 224 appearances.

In 2011 Harford was called up to the Blues senior squad as cover during the World Cup and went on to play for Cardiff and Aberavon in the Premiership before rounding off his playing career with Pontypool in the Championship.