Hailing from Gilfach Goch Ian Hall joined up with Pontypridd early in his playing career, showing huge potential as a hard running, hard tackling centre. He made 83 appearances for the club with a tally of 17 tries scored. 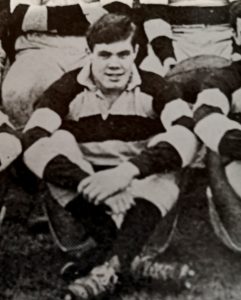 It was after a move to Aberavon that Hall came to greater prominence, captaining the Wizards and winning eight senior Wales caps in the 1970s. As a serving officer he also represented South Wales Police whom he went to coach, along with Swansea.