Hailing from Mountain Ash, Dean Gunter was invited to join Pontypridd in 2009 and soon established himself as a playmaker and points scorer at outside half, a key performer in the club’s Premiership and British & Irish Cup campaigns. 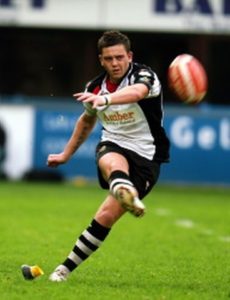 Dean notched up an impressive return of 642 points in his 85 appearances for Ponty before departing in 2012, going on to represent Cross Keys, Cardiff and then Merthyr.