Long regarded as one of the best scrummagers in the Welsh game, Mike joined Pontypridd in the 1997-98 season after a spell with Wasps. 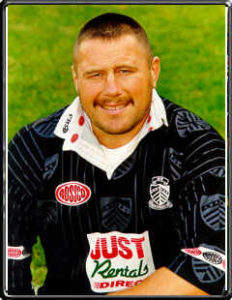 Before moving to England he had played his rugby for Bridgend and Cardiff, and gained 34 senior caps for Wales.

Following a long and illustrious playing career, which saw him gain British Lions status, Mike continued to help out with Pontypridd as a specialist forward coach, known at the club as the “Scrum Doctor”.